The Christian Healing House and Guest House of
St. AndrewAnglican Church
A place of Love, Hope and Healing.

Kim has known God’s presence within her life from a very early age when tragedy struck her home. Throughout her life, she has felt God’s presence as a teacher, helper, guide, companion, comforter, leader, and life-shaper. That is how God prepared her for ministry.

As one looks back on the formation she received in business, in life – through the ups and downs, and the desires God planted in her heart, one can see God’s fingerprints, His plan and the humbling and strengthening of her spirit to be comfortable standing in the storms of life with others, full of hope.

Kim knows that with God all things are possible. She has seen God at work in her life and in the lives of so many others, and is able to share the hope that circumstances can change – the fear inside will flee – a breakthrough can happen – all in Jesus name – that God is good – that God knows what is going on, and God is waiting to be called upon for His help.

Kim recognizes that life is a precious gift, one not to be taken lightly or for granted, as it goes so quickly.  Making the most out of life, enjoying a richer experience – is to walk in the fullness of what God has prepared for each of us before we were even born – before we got hurt, broken or messed up.  There is goodness, healing and hope waiting for us.

Walking together in faith, we seek help from heaven, and our journeys become richer and easier … as we walk together in our quest to heal, grow and learn to trust God with all we hold precious and dear.

It is often through our pain and struggle that God brings our healing.  God isn’t finished with us yet.  There is more to come.

It isn’t easy … but the promise of ‘good’ that lies ahead keeps us going.  Encouraging one another, being with one another in a community of faith – followers of Jesus – makes all the difference.  It truly does.  And then add the supernatural help from a loving God, and just watch what God can do in your life, and in the lives around you!!!

Kim is the Parish Priest of St. Andrew Anglican Church and the coordinator for the Christian Healing House. 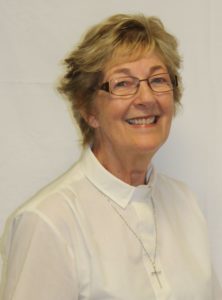 After many years of sitting in a pew, Pam experienced a Holy nudge – God calling her to walk more closely with Him. This led her to the worship and prayer activities of the church. God kept elevating her experiences – He was teaching her with every new step.

It wasn’t too long before she was led into the ordination stream where she completed formation, and was ordained. Looking back, one can see how God had been preparing her, her whole life for this season. Strong gentle role models, her work as an XRay Technologist in a number of hospitals. Hers was a gentle, calming presence for people coming in with broken bones, serious illnesses that would be diagnosed, and life-threatening injuries caused in catastrophic accidents.

Her steady, gentle presence augmented with the Spiritual Gifts God has bestowed upon her, has been a gift to His church. Pam often sees into the Angelic realm. God sends help through revelations to Pam in dreams and visions. She loves hearing people talk about their life, and being a vessel the Holy Spirit uses to shine the light of Jesus. 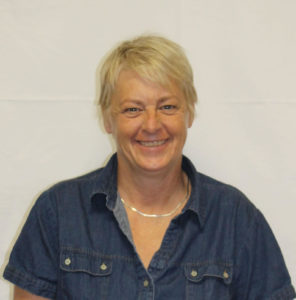 Dorothy Murphy grew up on a local farm. Living on a farm she got to witness firsthand miracles of God both in nature and through the animals that she came to care for. One of her favourite places was in the barn caring for the newborn lambs and calves. She has a special way with animals. They can feel her calmness and her strength. They felt safe in her care. Dorothy was the youngest of older brothers, but farm work is teamwork, and everyone is called to do their share. Dorothy learned a strong work ethic.

Dorothy got married, left the farm, and started her own precious little family. Working, she got caught up in life, as we all do in our ‘building’ years. She became a business owner and she tried her hand at a couple of businesses and was very successful.

But as happens, a new season dawned and she began a fresh chapter in her life … selling her business of eleven years, she became a caretaker for her father who was ill. At this point in her life, things slowed down, and she began to notice things she hadn’t had time to notice before …that there was a deepness in life … a meaning … a purpose … that was unfolding all around her. Also, that eternity for all of us … is really not that far away.

If you asked Dorothy she would have said – no one would imagine her working in a church. But for the past five years, she has felt God’s hand of blessing on her life, which has drawn her deeper and deeper into a relationship with Him. She is a very devoted and wonderful servant of our Lord Jesus Christ. She has an insatiable desire to learn.

Dorothy in her relationship with God has often been astounded at how He reaches into her world to kind of shake her up, as she would say … in order to get her attention. Dorothy has had many angelic encounters … dreams and visions where God has brought healing into her life and shown her the promises of what is to come. Her amazing testimony is one that is best heard in person. 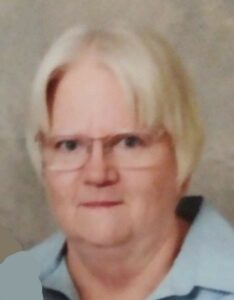 Jane grew up in Temiskaming, the youngest of seven.  Jane’s mom passed away when she was only three or four and her dad remarried when she was seven.  Jane as far as she remembers always knew God was real.  She was surrounded by godly influences and she believed.

As a teenager Jane became a very curious seeker, and wanted to know more.  She began to read the bible.  Jane says, that she has always had a strong sense that God was with her. She never doubted.

Jane married a military man, and they travelled with his work, so it was hard to put down spiritual roots in one community in the beginning.

Like many of us, as a young adult she drifted away from the church for a time, and when the children came, they both decided to raise their children in the Christian faith and came back to church.  Jane taught Sunday School.

As a young wife and mother, while stationed in Portage La Praire, Jane worked in a 7-Eleven Convenience Store.  A few days before her 3-month-old baby girl’s baptism, knife-welding robbers came into the store and at knife point took Jane hostage after having ransacked and robbed the store.

They commandeered Jane’s family car, with her in the front seat while one of the robbers held a knife to her throat, and the other man drove.  She was held hostage for about three hours.  During that time Jane was praying, and praying hard – repeating the Lord’s Prayer over and over and over again … the rhythm of saying the prayer helped to keep her calm.

At one point, Jane started to panic and struggled to get away … when suddenly a voice spoke audibly to her that only she could hear.  He said, ‘how many times have I told you panic is what kills – calm down.’  Instantly she stopped struggling.  This is something her grandfather had taught them as young children.  She knew an angel of God was with her.  He was protecting her.

During that traumatic three hours … the robbers put the car in the ditch, stole a truck … and drove to Winnipeg. They stopped at a hotel and tried to check in.  Someone came out of the hotel and walked past them … Jane suddenly felt a push from behind that seemed to come from nowhere, again feeling it was the angel … she ran to the hotel registration counter screaming for help and the police were called.

The robbers ran, but were eventually arrested.  And Jane, with the help from God … survived.

She says it was then that she started believing in angels … although a harrowing experience … that knowledge has always shored up her faith knowing that God really is with us – and that we are not alone.  God is our help and He sends help when we need it.

Jane is a part of our prayer team, and God often speaks to her through the spiritual gift of Words of Knowledge, which means God shows her quietly in her heart and mind what to pray for. God shows her the problem and how to pray towards its healing outcome.  Jane is a quiet woman of God.  A powerful intercessor.  A godly woman who strives to spend more and more time with God in devotion, learning and prayer.  Jane loves praying with people.  She loves being a vessel of God’s healing mercies.  At any given time, Jane will be lifting others up to her Lord and Saviour asking for supernatural help.